The United Kingdom General Election will be held next week. It has been said that the outcome will depend on ‘Workington man’. I find this interesting as I am familiar with Workington – a town in Cumbria. I used to live in the nearby former mining village of Frizington and am a former Chair of Impact Housing Association that is based in Workington and provides several services to communities in addition to housing. Impact’s largest estate is Salterbeck, an estate that was built in the south of Workington to house steel workers during the 1930s and where 70% of residents are still Impact tenants. It is part of the Moss Bay ward, that is the most deprived in Workington. In Moss Bay, 30% of children live in low income families (compared with an average of 17% in England), 43% of the working population have no qualifications (compared with an average of 23% in England and 6.6% of the population aged over sixteen claims universal credit or job seekers allowance (compared with an average of 2.8% for England). 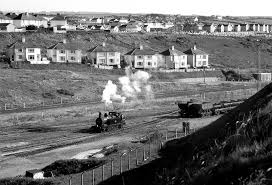 The ‘Local Government Chronicle’ quotes Councillor Marion Fitzgerald (Independent), the Leader of Allerdale Borough Council (that is based in Workington) as saying that:

If the new government, whether it is led by Boris Johnson or Jeremy Corbyn, does anything for Salterbeck and other similar places that would be a good thing!

Since 1999, when Allerdale Borough Council transferred their housing stock in Salterbeck to Impact Housing Association, considerable improvements have been made – especially to the condition of the housing. However, there is still much to do including tackling inequalities in health, education and employment.

One of the new bungalows that Impact has built in Salterbeck

Readers of this blog will know that Impact Housing Association was taken over by Riverside Housing Association last year with Impact becoming a subsidiary. It was said at the time that Impact would retain its autonomy within the group and that services would be maintained. However, Riverside has now decided – only a year after the ‘takeover’ - to make a ‘transfer of engagements’. This would mean that all Impact’s operations, including their housing stock, would move to Riverside and they would become the landlord.

In a letter to tenants, Impact’s Chairman Cullinan states that:

“We have informed the Government’s Regulator of Social Housing and they support our plans.”

I was surprised to read this as I would have expected the Regulator to note the plans, but not to pass comment on them. I therefore wrote to the Regulator to ask whether they really supported the plans and am grateful to them for their reply that is as follows:

“Thank you for your enquiry about whether the Regulator of Social Housing supported the planned reorganisation and potential constitutional changes within the Riverside Group.

“I thought it would be helpful to explain the regulator’s remit in respect of restructures. The removal of the constitutional consents regime as part of de-regulatory measures which came into force in April 2017 means that non-profit registered providers no longer need to seek the regulator’s consent before becoming or ceasing to be a subsidiary or associate of another body, or when transferring engagements.

“However, as restructures may a result in a change in the group’s strategy or risk exposures, we do expect providers to inform us. This is because we will want to consider any information received and may engage further with a provider depending on the level of risk, complexity or uncertainty arising from the planned change. This is assessed on a case by case basis and will depend on a range of factors including proportionality and the regulator’s risk-based approach.

“Should the group restructure go ahead we would consider whether the changes and associated impact on the groups risk profile and existing regulatory judgement are significant enough to issue an interim regulatory judgement. Any such interim grades would be converted to standard grades either when we have completed the first Stability Check after the constitutional change (assuming that there are no presenting issues in the meantime) or a full IDA.”

It therefore appears that, while the Regulator has been informed, they do not support the proposed ‘transfer of engagements’ and that the letter that Chairman Cullinan has sent to tenants is inaccurate and misleading.

This follows information provided to tenants prior to the ‘takeover’ that I also thought was inaccurate and misleading.

I still doubt whether the Riverside takeover of Impact will benefit Impact’s tenants including residents of Salterbeck.

To view or download the text of the letter that Chairman Cullinan has sent to tenants to inform them of this proposal, please click here.

Last week I was in Wales providing an in-house session of ‘All You Want to Know about Welsh Local Authority Housing Finance’ for a local authority. Delegates said that the information provided was very relevant, the training met their needs fully and the quality of the presentation was excellent. They described the training as Interesting, Thorough, Clear, Useful and Valuable.

We have just launched our 2020 series of seminars on ‘All You Want to Know About Local Authority Housing Finance’ that will be held between March and November 2020. This seminar gives an introduction and overview to this important subject and is fully up to date with all developments.

It is comprehensive and refers to the Housing Revenue Account, Rents, Service Charges, Self-Financing, Capital Programmes, Right to Buy, Development, Prudential Borrowing, Housing Benefit, Welfare Reform, Strategic Housing, Arms’ Length Management, Business Planning and much more. The session is fully up to date and refers to the recent social housing green paper; the lifting of the ‘borrowing cap’; policy on ‘right to buy’ receipts; and setting of rents based on the consumer prices index plus 1% a year. It will also address the policies of the government that will be elected in December 2019. The session is accompanied by a very useful 100-page book, designed for reference after the session entitled: “All You Want to Know About Local Authority Housing Finance 2020”

We have also published the 2020 edition of our book ‘All You Want to Know about Service Charges in Social Housing’. For further information or to order a copy, please click here.

Our first seminar of 2020 will be on ‘All You Want to Know about Service Charges in Social Housing’. This seminar is a very useful introduction and overview to this important subject.