The Ministry for Housing, Communities & Local Government announced the provisional Local Government finance settlement on 20th December 2019. Robert Jenrick, the Secretary of State, described it as the:

“Biggest multi-billion-pound spending increase for councils in a decade”.

Councils' core spending power is to increase by 6.3%. This had already been announced in Sajid Javid’s Spending Review in September 2019.

The Local Government Chronicle has calculated that the increases will range from about 3.5% for districts to just over 7% for counties and around 6.5% for other upper-tier councils. However, it must be remembered that most of these increases come from projected increases in council tax and they will not be enough to cover funding shortfalls faced by councils. Other aspects were also as expected: confirmation of an additional £1billion for social care and £153million to eliminate negative revenue support grant for affected councils.

While the government says it is committed to reforming local government finance, neither business rates retention nor the fair funding review is mentioned in the documents that accompany the provisional settlement. They merely say that the spending review will lay the groundwork for reforms. The new home bonus will continue for one more year, but the government will consult on its future in the spring. Robert Jenrick says that:

“It is not clear that the new homes bonus in its current form is focused on incentivising homes where they are needed most.”

Graham Atkins, Senior Researcher at the Institute for Government, said the settlement would take:

“Total English council spending power approximately back to 2015/16 levels in real-terms (with the) bigger share now funded by locally-raised taxes, not central grants… This is a change of direction, but not a massive one - and most of it will be funded from rises in council tax.”

Richard Humphries, Senior fellow at the King's Fund said that:

"To be clear the extra £1.5billion for social care has already been announced; a third of it is not from central government but permission for councils to increase council tax precept; the other billion is for children’s as well as adult services."

To view or download a copy of my briefing paper on the implications of the Spending Review for Public Services, please click here. 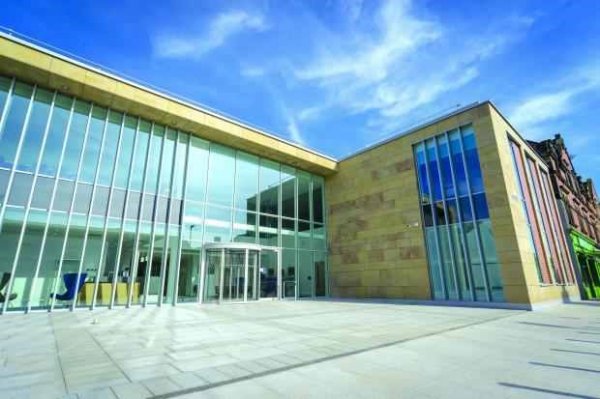 Cumbria House in Carlisle where Cumbria County Council is based.

To view or download a copy of my response to Cumbria County Council’s consultation on its budget for 2020/21, please click here.

Local Government is clearly going through a period of significant change, especially with austerity and devolution. Localisation of business rates is ongoing and revenue support grant is being phased out. There is uncertainty about local government finance because of the Fair Funding Review and ‘Brexit’. This is changing local government and how its finances are managed.

So, today we have launched our seminars on ‘Lifting the Lid of Local Government Finance’ that will be held in Leeds and London in June.

In the current climate of financial challenges and uncertainty, a working knowledge of local authority finance will put you and your colleagues in a position of advantage. However, what you really want to know is not only how local government finance is supposed to work but also how it REALLY WORKS in practice. This will not be about theory but about behaviour and managing that behaviour to allow you to get the most out of your budget. 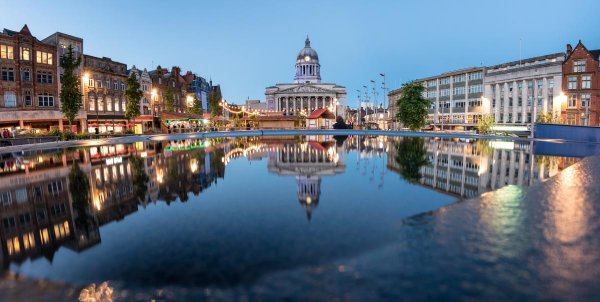 The Council House and Market Square in Nottingham.

The seminar will be presented by me and by Councillor Graham Chapman, the ex- Leader of Nottingham City Council and a former local government finance officer.

The aim of the sessions is to provide you with the knowledge to be able to ask the right questions and better manage your budget and those who are managing it for you. The session will address the following issues:

In an interesting footnote to the general election: The Hansard Society have documented the schools that held mock elections in which 41,000 pupils took part. Whereas the Conservatives were the most supported party in the General Election in the schools’ mock elections they came third! My local newspaper, the ‘Cumberland & Westmorland Herald’ reports that the mock election at Ullswater School in Penrith was won by the Liberal-Democrats!

In Rory Stewart’s last column for the ‘Cumberland & Westmorland Herald’ he wrote that:

“I leave politics troubled. As MPs, parties and Parliament, we have not governed this profoundly complicated country sufficiently well. Instead of bringing people together, our political parties seem to be splitting us into ever more hostile, uncomprehending tribes – whose sterile shouting matches solve nothing. It is 29 years since I first entered public service, and during that time I have sensed the fading of our institutions – Army, foreign Office, civil service, and the rest.”

The ’Cumberland News’ has published my letter on unrepresentative political parties under the heading ‘Take back politics, join a party’. To view or download a copy, please click here.

The ‘New European’ has published my letter on Charles de Gaulle and ‘Brexit’. To view or download a copy, please click here.

Our next seminar is on ‘All You Want to Know about Service Charges in Social Housing’ and will be held in London on 18th February 2020. As usual, it is proving popular but there are still some places available. If you want to take advantage of our discount for early bookings, you will have to book before 18th January 2020. For further information or to make a booking, please click here.