Following the fire at Grenfell Tower in Kensington, many local authorities and housing associations have decided to fit sprinklers in their high-rise flats. Where some of the residents are leaseholders this raised the question of whether the cost of installing the sprinklers should fall on the leaseholder through service charges or on the landlord. As usual with leaseholder service charges much depends on the wording of the leases. Different landlords therefore took different positions with some making service charges to leaseholders and some meeting the costs themselves.

Wandsworth Borough Council announced plans to install sprinkler systems in all 6,400 flats in its tower blocks of ten storeys and above the week after the Grenfell Tower fire in June 2017. Each block would have an independent pressurised water supply, requiring the installation of additional pumps and tanks. Pipework would be run through the communal areas at high level and into each property, and sprinklers would be installed in every room except bathrooms. In September 2017, the cabinet approved proposals to recover some of the £24million cost of the works through leaseholder service charges.

The Council, however, was uncertain of its ground following the raising of objections by five residents’ associations, and therefore made a pro-active application to the First Tier Property Tribunal to ask them for a judgment in advance of works starting. Around 200 leaseholders attended the hearing in October 2018. 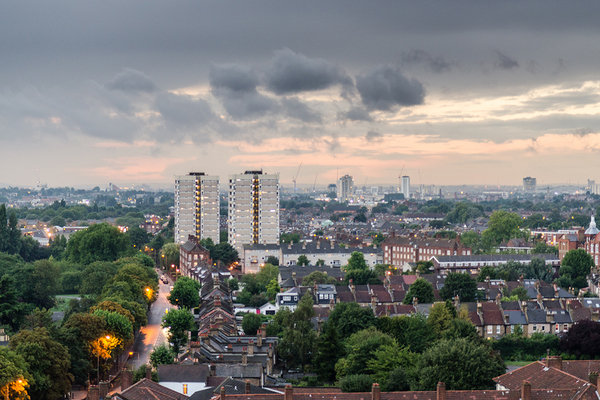 The application affected around 2,500 flats in the borough, and the residents affected would have had to pay between £3,000 and £4,000 for the sprinklers over two years. However, in January 2020 the tribunal found that Wandsworth Council was not entitled to ask for a ‘blanket determination’ of leaseholder rights. It said that if the council wish to fit the sprinkler systems then it must consider each block of flats individually and could make an application to the tribunal on a block-by-block basis later. A council spokesperson said it was:

“Disappointing that the tribunal felt unable to provide clarification on behalf of the council and its residents regarding the installation of sprinklers in all of its high-rise towers… Sprinklers are required by law in all new blocks over thirty metres due to their proven record on improving fire safety… It is perhaps surprising that a tribunal felt unable to consider an application aimed at ensuring that all residents of council tower blocks were entitled to similar levels of fire safety to residents of newly constructed blocks. Until primary legislation clarifies these urgent matters a two-tier fire safety regime will remain…

The council is considering the merits of an appeal.”

Our next seminar is on ‘All You Want to Know about Service Charges in Social Housing’ and will be held in London on 18th February 2020. It will cover service charges for leaseholders and tenants in local authorities and housing associations. As usual, it is proving popular but there are still some places available. If you want to take advantage of our discount for early bookings, you will have to book before 18th January 2020. For further information or to make a booking, please click here.

The Internet clearly offers much everyone, especially those living in areas outside the major conurbations, enabling businesses and individuals to network with contacts around the world just as easily as if they were in a major city centre. However, extending good quality connectivity to places outside major cities is often not commercially viable and therefore needs a public subsidy. For example, since 2015, the European Union’s European Regional Development Fund has provided Cumbria with £2.0million to fund rural broadband and £1.5million to fund superfast broadband for business. This has brought high level broadband coverage to 93% of Cumbria with the plan being to reach 100% coverage in 2021.

However, the digital revolution continues and there is a need to keep pace with developing technology. The European Union has agreed multiple policy measures and financial instruments that encourage private and public investments in fast and ultra-fast networks. Their main strategic objectives for the years to 2025 include access to download speeds of at least 100Mbps to be upgraded to 1 Gigabit per second for all European households (full fibre and gigabit-capable broadband).

Britain is leaving the European Union and so must develop its own plans. The government has announced that it intends to bring full fibre and gigabit-capable broadband to every home and business across Britain by 2033 (eight years later than the European Union) although the Conservative manifesto did suggest that this should be brought forward to 2025 to match the target set by the European Union but was not specific about how this would be achieved.

The Future Telecoms Infrastructure Review, produced by the Department for Digital, Culture, Media and Sport in 2019, made ten key recommendations, several of which need new laws governing, among other things, guaranteed full-fibre broadband connections in all new-build housing developments, and a ‘right to entry’ for operators and network builders to enter flats, business parks, offices and tenanted properties. 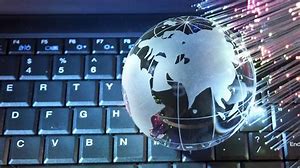 Digital Technology: There are fears that Britain may lag behind the European Union.

However, there are concerns that in practice Britain won’t even achieve the 2033 target because effective plans are not in place and enough skilled workers may not be available. The Confederation of British Industry has warned that Britain risks falling behind the rest of the world in terms of access to speedy and reliable internet, whilst also worsening the gap between urban and rural areas. One of their primary concerns is that funding for broadband upgrades will cease upon Brexit due to private businesses cutting back on expenditure, while external equipment suppliers may withdraw their support forcing infrastructure to decline as a result. A further problem is seen in the fact that skilled labour will relocate to outside of the United Kingdom, therefore reducing the workforce required to rollout the country’s extensive broadband plans.

If this is correct it would mean that Brexit Britain would lag behind the European Union in digital connectivity, not by eight years but by 21 years. The negative economic impact would be felt especially in areas outside of London where development is least likely to be commercially viable.

Perhaps this is an issue to which local authorities should turn their attention.

The ’Cumberland & Westmorland Herald’ has published my letter on unrepresentative political parties under the heading ‘People should join political parties, not just vote for them’. To view or download a copy, please click here.