We have just launched our seminar ‘All You Want to Know about Welsh Local Authority Housing Finance’.

Social housing is becoming increasingly important in Wales at a time of rising demand for affordable housing and constrained resources. Councils in Wales face significant challenges. The economic background is one of uncertainty. The United Kingdom government is ‘reforming’ the welfare system. The Welsh Government has introduced self-financed Housing Revenue Accounts and a new rent policy that includes the de-pooling of service charges. They have also abolished the ‘right to buy’. Councils (encouraged by the Welsh Government) are starting to build new council houses again. Business Planning and Risk Management are becoming increasingly important.

In this context, do you think that a working knowledge of local authority housing finance in Wales would put you in a position of advantage? 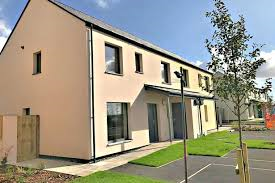 This seminar is designed for people who are not experts in local authority housing finance, but who need to understand the basics and achieve an overview of what is going on. It is fully up to date with all developments. It refers to rents, service charges, development, sources of capital funding including grants and borrowing, housing benefit, welfare reform, business planning and much more. Whether you are a Housing Manager, Tenant Representative, Elected Member or even a member of the Housing Finance Team, you could benefit from attending our seminar.

The Session answers the following questions:

The session is accompanied by a very useful 100-page book that is designed for reference after the session entitled: ‘All You Want to know about Welsh Local Authority Housing Finance 2020’. Delegates will gain an overview of this important subject that is up to date with all developments.

In 2015, the European Investment Bank (EIB) started financing affordable and social housing. Since then, it has rolled out €19billion in loans to eleven countries. Ambroise Fayolle, Vice-President of the EIB has described the lack of quality affordable housing as a:

“Pressing issue in many European cities".

Germany has received funding for fourteen projects, followed by France with eight projects, Britain and Austria with six each, and four in Ireland and Poland. The other countries were Spain, the Netherlands, Sweden, Malta and Belgium.

It has just been announced that the European Investment Bank is lending €240million to build 2,000 affordable homes in Berlin, adding to the €1.9billion Germany has already received. The EIB-funded projects in Berlin will be energy-efficient buildings and are expected to be complete by 2023.

As Britain is leaving the European Union at the end of January, the EIB will no longer be supporting British affordable housing projects.

However, there are signs that this policy of encouraging borrowing is reaching its limits and having unfortunate consequences. Consumer debt excluding mortgages amounted to 15% of total income in 2019, and while this is lower than the 19% recorded in 2008 prior to the financial crash, it still appears to me to be a high figure.

The Resolution Foundation has reported that low-income households have significantly increased their use of potentially expensive consumer debt over the past decade. The proportion of low-income households using some form of consumer debt rose by 9% (from 53% to 62%) between the three-year periods of 2006-08 and 2016-19 – a far steeper increase than the one-point rise (to 64%) among high-income households. This increase in borrowing is exactly what the government wanted to happen, but, as the Resolution Foundation points out, it leaves low-income households vulnerable to unexpected hard times. They say that the increasing use of credit cards, store cards and overdrafts by those struggling to make ends meet should concern policymakers.

The increased consumer debt has been concentrated in products with high interest rates that – unlike mortgage debt – have not got cheaper over the past decade. Credit card use (with an average quoted interest rate of 20%, up from 15% in 2008) among low-income households grew by thirteen percentage points from 2006-08 and 2016-19, while the use of overdrafts (with an average quoted interest rate of 15-20%) grew by four percentage points.

“Access to new credit can be hugely beneficial for low-income families, but with many also reporting that they have no savings to fall back on, these high debt repayment pressures are a sign of stretched living standards. The risk is that this leaves them far too exposed to future financial shocks, reinforcing the need for policy makers to focus on the living standards of those on low and middle incomes.”

In 2008, we found out that an economic policy based on using consumer debt to fuel demand was unsustainable. However, little appears to have been learned since then and the same policy is now being used in an attempt to prevent the economy from contracting.

The United Kingdom economy shrank by 0.3% during November 2019, and in December a decline in retail sales was reported during the usually busy Christmas period. This has prompted calls for the Bank of England to reduce interest rates again to encourage even more consumer borrowing. My fear is that policy will prove to be unsustainable.

Graph showing the increase in UK government debt, especilly since 2008.

The Chancellor, Sajid Javid, is to present a budget in March. I expect he will use the opportunity to stimulate demand in the economy by reducing taxes and increasing the government’s budget deficit. My fear is that this approach will not be sustainable and that a combination of low taxation and high levels of debt will place even greater financial pressure on public services in the long-term. I will comment on the budget in this blog when it is presented.

Our next seminar at which there are still places available is 'All You Want to Know about Local Authority Housing Finance' that will be held in London on 17th March. If you book before 17th February you will be entitled to a £20 discount. For further information or to make a booking, please click here.