I have just launched our 2020 series of seminars ‘All You Want to Know about Housing Association Finance’ that will be held in Leeds and London during March and April 2020. 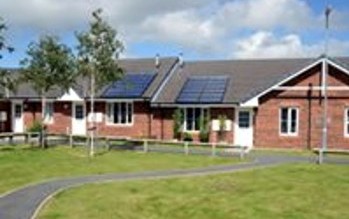 These seminars provide a solid grounding in the basics of housing association finance including:

Do you think that a working knowledge of housing association finance gained at our interactive seminar would put you in a position of advantage? If so, you should attend one of our seminars.

For further information about the seminar 'All You Want to Know about Housing Association Finance', please click here.

Last week, we published our briefing paper on the Queen’s speech that was made on 19th December 2019 and its implications for public services.

The United Kingdom Parliament where the Queen's speech was made on 19th December 2019.

The Queen said that the priority for Boris Johnson’s government was to deliver ‘Brexit’ on 31st January 2020, but that ministers also had an:

“Ambitious programme of domestic reform that delivers on the people's priorities".

The Queen’s speech outlines the government’s proposed legislative programme that they say will ‘Get Brexit done’ and allow the government and the country to move on to address the domestic agenda including the National Health Service, Adult Social Care and Housing.

Despite the Conservatives’ victory in this month’s general election, everything is still overshadowed by ‘Brexit’. It is not possible for the government to devise long-term policies for any public services while the outcome of the ‘Brexit’ question is unclear. Whatever happens on 31st January 2020, it will be followed by detailed negotiations with the European Union, the United States and other nations around the world. Therefore, the outcome of the ‘Brexit’ question will continue to be unclear for some time.

Where the government is saying something about public services (for example on the National Health Service, Adult Social Care and Housing), what it is saying is rather vague and dependent on future policy statements. Housing policy continues to be focused on home ownership rather than on building new affordable and social housing. The Queen’s Speech also makes very little reference to how new policies could be funded, although the Conservative Party manifesto envisaged increased public expenditure funded through borrowing. The government’s financial position continues to be weak and a budget is expected early in 2020.

In the meantime, there are no resources being made available to any public services in addition to those that were announced in September’s spending review. This provided increased funding for the National Health Service and Adult Social Care, but most commentators consider that these increases are not enough to meet increasing need. Other services including local government and housing have experienced significant reductions in funding since 2010 and there are no proposals to increase funding to pre-2010 levels. However, there may be increases in public expenditure at the next budget, and these may be significant if there is an economic downturn following ‘Brexit’ and the government responds by increasing public expenditure and borrowing even further than was envisaged in their manifesto.

This briefing paper summarises the main implications of the Queen’s Speech for public services and some of the reactions to it, as well as providing some context and commentary.

In common with other local authorities, Cumbria County Council is currently out to consultation about its budget for 2020/21. As I live and work in Cumbria, I have submitted a response. My conclusions are that:

Following the general election, I wrote a letter to the ‘Cumberland News’ that they published under the heading ‘Britain is not a Democracy’. To view or download a copy, please click here.

Our first seminar of 2020 will be on ‘All You Want to Know about Service Charges in Social Housing’. This seminar is a very useful introduction and overview to this important subject. For further information or to make a booking, please click here.