Boris Johnson, the Prime Minister, has recently announced plans to fund and recruit an additional 20,000 police officers, and to put more resources into the Crown Prosecution service.

Comment in the media has focused on questioning whether this is ‘new money’, pointing out that the planned new police officers will not be enough to replace those that have left the service because of reduced funding since 2010, and asking where the government expects to find 20,000 people who are suitably qualified to become police officers at short notice!

However, I think there are some other points that are worth making:

First, with independent commentators and the government itself anticipating problems with civil unrest following Britain’s planned exit from the European Union in October (Brexit), I cannot help thinking that the planned new police officers may be intended to deal with this problem. If this is the case, they will not be able to replace the officers that have been lost, or to tackle general crime including the worrying increase in knife crime and deaths due to substance misuse.

Second, the government’s stated intention of leaving the European Union in October would create additional pressures for the police service. This applies to law enforcement cooperation between the two parts of Ireland as well as to co-operation between the United Kingdom and other member states. These would include the ending of:

Third, with Police & Crime Commissioners in most areas already struggling to ‘balance the books’ and to provide a ‘fit for purpose’ service there is an urgent need to increase police funding by more than is proposed. Future levels of police funding are dependent on the government’s next spending review that was scheduled to take place in 2019. However, this has been delayed because of political uncertainty and instead the government will set a budget for a single year. There is an expectation that police funding in future will be at a ‘standstill’ for the immediate future with the significant reductions of recent years being replaced with increases of no more than inflation, but this is not certain.

Fourth, there really is an urgent need to update the formula that is used to allocate grant between the different police forces in England & Wales as it is clearly no longer fit for purpose. The formula was first introduced in 2006/07, at which time ‘damping mechanisms’ consisting of ‘floors’ and ‘ceilings’ were put in place to ensure that police authorities that would lose grant did so gradually and this was paid for by ensuring that police authorities that would gain grant would also gain gradually. However, since 2010 the Home Office has not updated the formula and has instead applied the same proportionate increase or reduction in grant to all police forces. This has meant that:

The formula has not been updated so no account has been taken of variations in the relative need to spend on police services in different areas. One of the elements of the formula is population, so areas with relatively large increases in population have not seen this reflected in increases in grant.

There has been some discussion around reviewing the police funding formula, but this has been deferred.

Meanwhile, the government appears to have done a U-turn on prisons. As Minister for Prisons, Rory Stewart gained almost universal acclaim for listening to the experts and recognising that short-term prison sentences do not protect the public, do not help to rehabilitate offenders and are very costly to the taxpayer. The Ministry of Justice has shown that community sentences reduce the chance of further crime by 4% – a significant margin for reoffending rates; and also estimate that if all those who are currently given short sentences were punished in the community instead, there would be 32,000 fewer offences committed each year.

However, Priti Patel, the new Home Secretary has now announced increased expenditure on prisons so that more people can be locked up with short-term prison sentences.

This week, Woking Borough Council has published their latest newsletter for tenants of the Sheerwater Estate where a regeneration scheme is in progress and where AWICS has been appointed as the Independent Tenants’ Advisor. 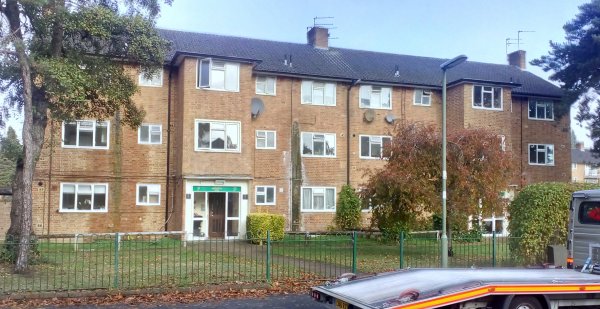 The Sheerwater Estate in Woking

The regeneration will allow local people of all ages to benefit from high quality new homes, excellent leisure and retail facilities, open green spaces and improved transport links, as well as a local centre that blends social, retail, recreation and community uses. By using the existing sense of community, the regeneration provides an exciting opportunity to create a thriving, balanced and sustainable community for the future that meets the housing needs of residents. A wide range of house types will ensure a choice of modern, spacious, energy efficient homes that are economic to maintain, and flexible enough to satisfy diverse and changing needs.

The Council has now started the regeneration. Last month, they started the preliminary works at Bishop David Brown School to build the new leisure centre, swimming pools and sports pitches (the Leisure Phase). This £26million investment in the infrastructure of Sheerwater is, the first thing that the Council said they would do to start the regeneration process. Not only will it provide residents with brand new sports facilities, it will also provide the school with fantastic new changing and canteen facilities.

The Council is committed to investing in Woking. The regeneration of Sheerwater is one of the biggest, most important projects they are undertaking to improve people’s lives, create local opportunities and to support communities to thrive.

To find out more about the AWICS role as Independent Tenants’ Advisor in the Sheerwater Regeneration scheme, please click here.

Our next seminar is on ‘All You Want to Know about Service Charges in Social Housing’. It will be held in London on 1st October 2019. This is a very useful introduction and overview of this very important subject. Service charges are an integral part of landlords’ work in financing value for money services and sustaining customer satisfaction. They have always been relatively complex but with increased financial challenges and legal and financial complexity there is an increased need to understand how service charging works.