When I was a Finance Director there was a system called ‘credit approvals’ under which local authorities were not allowed to borrow money for any capital purposes unless they had the specific permission of central government. This approach prevented councils from investing in their services and communities leading, among other things, to a £19billion backlog of major repairs to council housing; and to a perverse approach to evaluating capital projects that prioritised political projects at the expense of projects that could pay for themselves through securing efficiencies or savings.

The Local Government Act of 2003 recognised the problems that had been created by ‘credit approvals’ and introduced the ‘Prudential Borrowing’ system from 2004. This puts councils in the same position as anyone else – able to borrow as much money as they wish if they can afford it. It has enabled councils to invest in schemes that produce a financial return such as maintenance of buildings, replacement of obsolete vehicles and equipment and new information technology. The new system has been welcomed and used across the political spectrum. Apart from the return to the ‘borrowing cap’ in the housing revenue account between 2012 and 2018, prudential borrowing has also been supported in central government. 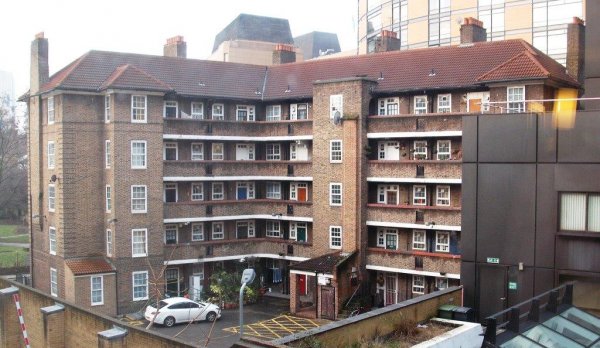 China Walk Estate in Lambeth. Before 2004 capital controls led to a massive backlog of major repairs in council houses.

“The evidence is clear that the system is failing in some places and this document sets out planned actions to address this. The government will continue to monitor the sector for signs of significant improvement and will make further changes to how the Prudential System works if problematic behaviour continues…. We are reviewing the statutory powers for capping borrowing and considering how and when we will apply these to protect local financial sustainability.”

The Local Government Act 2003 contains a clause allowing the secretary of state to impose caps on councils ‘for the purpose of ensuring that the authority does not borrow more than it can afford’. Controls could therefore be introduced without the need for any primary legislation.

The policy paper appears to be in response to the lack of financial resilience in many councils, the extent of borrowing to fund commercial investments by some councils, and criticism of the Ministry of Housing, Communities & Local Government by Parliamentary committees that feel that the Ministry has too little control over local authorities.

The policy paper outlines a model with “three lines of control”, via which it proposes to strengthen the capital system:

“Would effectively mean that central government would be making decisions about how much they feel councils should be allowed to borrow, which is how the system used to be.”

The Prudential system already requires councils to calculate each year how much they can afford to borrow so it is not clear to me what would be gained by imposing this extra layer of bureaucracy on local government. It would clearly be contrary to the principles of ‘localism’ that we are told informs the government’s approach to local government. In my view it is symptomatic of the culture of Westminster and Whitehall that assumes that anyone outside their bubble is stupid and needs detailed and bureaucratic supervision. This approach stifles innovation, provides perverse incentives and depresses performance. If the government goes ahead with these proposals it will be a dark day for local government.

My briefing paper on how capital finance works in local authorities in England can be viewed or downloaded by clicking here.

The latest briefing papers that I have published are on Local Government Finance, and Local Housing Companies and Development. To download your copies, please click the links below:

This week, Therese Coffey, the Secretary of State for Work & Pensions, has been in the headlines because of her remarks about Universal Credit. At the start of the coronavirus pandemic, the UK government introduced a £20 a week uplift to Universal Credit that they are now proposing to remove, despite criticism that Universal Credit claimants still need the cash.

Therese Coffey’s controversial remark was that:

"I'm conscious that £20 a week is about two hours' extra work every week.”

This remark seems to suggest that Universal Credit claimants would find it easy to find and carry out some additional work. However, I don’t think this is the case because:

According to the BBC there are 5.9million people claiming Universal Credit compared with 3million before the pandemic and that 40% are in work.

And the Resolution Foundation calculates that a Universal Credit claimant would have to work an additional nine hours to make up for the loss of £20 because of low levels of pay and the interaction of the tax and benefits systems.

We have a wide programme of webinars on subjects of interest to those who care about public services including local government and housing. For further information or to make a booking, please click here.