Last week, the National House Building Council said that 161,022 homes were registered with them during 2019, the highest level since the start of the financial crisis in 2007 – a statistic that has been celebrated by the Ministry for Housing, Communities & Local Government.

However, the increase on the previous year was only 1%, and the total fell far short of the government’s recently reduced target of 250,000 new homes a year, let alone the previously agreed target of 300,000. Growth was driven by a revival in London, where new home registrations increased 37% to 21,726, while outside London, the number of new homes built in 2019 were fewer than in 2018.

While the number of affordable homes increased by 13% to 48,936 this is still a small proportion of the total and the number of new social homes was only 6,287.

Shelter noted that the last time enough new homes were built was in 1969, when Harold Wilson was Prime Minister and almost half was social housing delivered by councils.

Polly Neate, the Chief Executive of Shelter, told the ‘Guardian’ that:

There are still some places available at our popular seminar ‘All You Want to Know about Local Authority Housing Finance 2020’ that will be held in London on 17th March 2020. This is a very useful introduction and overview of this important subject. For further information or to make a booking, please click here.

Scotland has a more ambitious approach to housing than England with a target to build 50,000 new affordable homes during the 2017-21 parliamentary term. Last week the Scottish government’s draft budget allocated £843million to the Affordable Housing Supply Programme in 2020/21, a £16million increase on the previous year being provided for energy efficiency; and earlier today they announced that they will commit £300million to support the delivery of affordable homes in 2021/22. 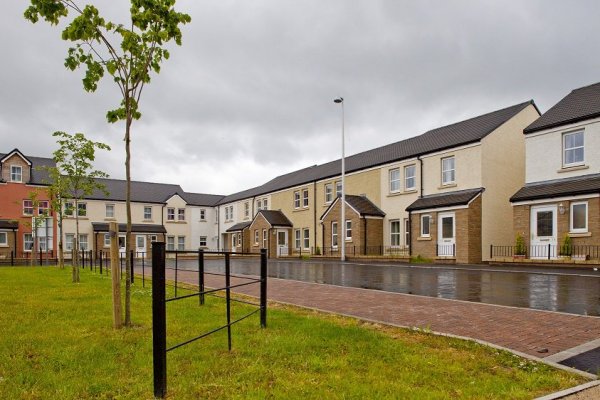 “Ensuring everyone has access to a safe, warm and affordable place to call home is at the heart of our ambition for a fairer Scotland. The 2020/21 Scottish Budget adds to the single biggest investment and delivery of affordable housing since devolution. The Scottish government has now committed more than £3.5billion to deliver good-quality, secure and affordable homes, which will in turn help create strong, sustainable communities. Since 2007 we have delivered more than 89,000 affordable homes, including 61,356 for social rent, with the remainder for affordable homeownership and affordable rent. Importantly, our spending plans also include a £300million commitment to guarantee that affordable homes continue to be delivered beyond our 50,000 target.”

Callum Chomczuk, National Director of the Chartered Institute of Housing for Scotland, said that:

“We are pleased that the Scottish Government has delivered the last instalment of funds to complete the 50,000 affordable homes target. Increasing the supply of affordable housing is the best way to tackle poverty and inequalities, reduce homelessness and improve health and wellbeing. Investing in new affordable homes and housing services saves money for our National Health Service and criminal justice service. It also creates skilled jobs and boosts the economy.”

Our seminar ‘All You Want to Know about Scottish Housing Association Finance’ will be held in Edinburgh on 28th April 2020. This is a very useful introduction and overview of this important subject. For further information or to make a booking, please click here.

Finland has had a constant policy of providing affordable, social housing. The state finances this. And in each new housing area, especially in the big cities, at least 25% of housing must be affordable, social housing. This has kept the supply to a reasonable level. This is probably the main reason why Finland doesn't have the kind of housing crisis that most European countries have now.

An important structural change in Finland is that the temporary accommodation in shelters and hostels has been renovated into supported housing. For example, the last big shelter in Helsinki, run by the Salvation Army, had 250 beds. It was completely renovated in 2012. Now they have 81 independent, modern, apartments in that same building. They also have on-site staff for support. This structural change is the factor that has led to the decrease in homelessness.

Affordable social housing stock is another option. For over thirty years, the Y-Foundation has been buying flats from the private market. They use these flats specifically as rental flats for homeless people.

In Helsinki, there is a service centre for homeless people. People can always go in, no matter their condition. It's like shelters in other countries, but it's the only one, with 52 beds. People discuss their situation with a social worker, and they try to arrange housing for them. They make an assessment and find out what the homeless person’s needs are. The common thing for all homeless people is that they don't have a home. Everybody has their own story, their own history. They have their own resources. They may also have their own problems. For that reason, the social worker must make a very tailor-made plan for people, to provide adequate support. If a person has drug abuse problems, simply providing housing doesn't solve that kind of issue. They may need rehabilitation or detoxification. These elements are important, but to get these things done successfully, permanent housing must be provided.

What has been crucial in Finland is that there has been a political understanding and political consensus that this is a national problem. Since 2008, there have been several governments with several different political coalitions. All these governments have decided to continue to work to end homelessness. It demands politicians who understand human dignity. In Finland there is a very wide partnership. It is a collaboration between the state, big cities and big non-governmental organisations working together towards the same goal.

Unfortunately, in Britain, there is no such consensus about the housing crisis!

Next week I will be in London to deliver our seminar ‘All You Want to Know about Service Charges in Social Housing’. I am looking forward to meeting all the delegates. As usual, the seminar has proved popular and we have only one place still available. For further information, or to make a booking, please click here.