Philip Hammond presented his 2018 budget on Monday 29th October. In it he announced the government’s spending, tax and borrowing plans from 2019/20 to 2022/13. It is of even more interest than usual to those of us who are involved in public services.

In his introduction to the budget, Philip Hammond said that the budget reductions that have been made since 2010 were necessary and not ideologically driven and that:

“The era of austerity is finally coming to an end.”

This budget provides for increased public expenditure and reduced taxation funded by continued government borrowing. The government’s macro-economic policy appears to be based or running a permanent government deficit as a way of compensating for low levels of demand in the economy caused by low exports and investment; coupled by encouraging households to borrow and spend rather than to save.

Most of the planned increases in public expenditure are in the National Health Service. The increases for other public services including local government, housing, the police and welfare are more modest and are increases when compared with previous plans. It must also be remembered that this is a time when there are significant budgetary pressures in most public services including health and social care, not least because of demographic changes. The planned increases in National Health Services budgets are considered by many in the sector to be insufficient to meet increasing need. The additional funds for local government are small when compared to the funding that has been lost since 2010, the funding gap that already exists and the service pressures that exist especially in adults’ and children’s social care. The details of how the lifting of the local authority housing ‘borrowing cap’ are still awaited. The planned reductions in welfare budgets of £17billion are apparently still to be implemented. Whether this represents an end to austerity is probably a matter of opinion rather than a matter of undisputed fact! What is an undisputed fact is that balancing the budget over the term of the economic cycle (which was the ‘Golden Rule’ of public finance from 1997 to 2008) is no longer an objective of the United Kingdom government. However, there are fears that continuing to accumulate public debt that is already at record levels is unsustainable.

The budget is also based on a series of assumptions that may not be borne out in practice. First, the international economy is showing signs of instability with ‘trade wars’ and fluctuating stock markets across the globe; and second, the budget assumes that Brexit will not have a significant negative effect. If these assumptions turn out to be incorrect there will be a further budget. I expect I will be writing another briefing paper on the United Kingdom government budget in the spring of 2019!

I have written a briefing paper that summarises the implications of the budget for public services, the reactions to it from the sector and provides some commentary. 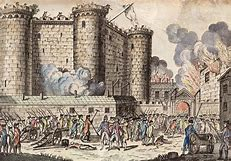 The Storming of the Bastille, that started the French Revolution in 1789

When I was a student one of the subjects that I studied was the French revolution. In the years leading up to the revolution the French government had a financial problem. They were running at a deficit, but they dared not increase taxes on the aristocracy who controlled almost all the wealth and income. The government’s response was a combination of borrowing and creative accounting that ultimately contributed to the fall of the regime. Does this sound familiar?

This week I have had letters published in ‘The New European’ and the ‘Cumberland & Westmorland Herald’. 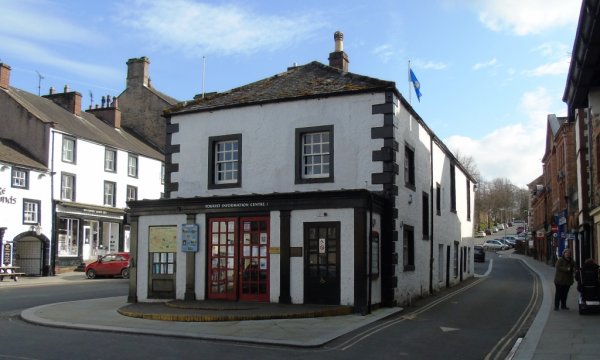 My letter in the ‘Cumberland & Westmorland Herald’ concerned Appleby Town Council and the Appleby Moot Hall. Regular readers of this blog will know that Appleby Moot Hall is a sixteenth century building. The Town Council recently went out to consultation on a proposal to extend and alter it. I replied to the consultation to say that I thought the building should be conserved as it is, and that alterations and extensions should be avoided unless necessary. Copies of my response to the consultation and a letter that I wrote to the ‘Cumberland & Westmorland Herald’ can be viewed or downloaded from earlier blogs.

My latest letter concerns how the Town Council has managed its assets and finances to end up in a situation where it has a £½million liability to carry out repairs at the Moot Hall that it cannot afford. To view a copy, please click here.

The Ministry of Housing, Communities & Local Government’s consultation on their Social Housing Green Paper closes next Tuesday 6th November. It is a significant document and I would urge readers of my blog who have an interest in social housing to respond.

One of the subjects that it covers is the management of complaints, a subject that I have been looking at as part of some work for a housing association on reviewing its complaints policies and procedures. An interesting piece on this aspect of the green paper, written by Andrea Keenoy, the Interim Housing Ombudsman, appeared in ‘Inside Housing’ last week in which she concludes that:

“Delays add stress… the ‘democratic filter’ method of resolving complaints (by involving councillors and MPs) has failed to deliver and should be scrapped.”

I have written a briefing paper on the financial implications of the green paper for local authorities. To view or download a copy, please click here.

The session is fully up to date and will answer the following questions: