The big news this week is the appointment of Boris Johnson as the United Kingdom Prime Minister. Obviously, his approach to ‘Brexit’ has dominated the news, but what do we know about his approach to public services including local government and housing.

Clouds over the Houses of Parliament as a new government is formed.

On Saturday, Boris Johnson spoke at Manchester Science and Industry Museum and said that:

“I do not believe that, when the people of the United Kingdom voted to take back control, they did so in order for that control to be hoarded in Westminster… Greater powers (should be given) to council leaders and to communities (and levelling up the powers offered to mayors) so that more people can benefit from the kind of local government structures seen in London and here in Manchester”.

He announced a £3.6billion UK Shared Prosperity Fund to target left-behind communities, initially supporting 100 towns to boost transport and broadband connectivity. This includes a £1billion increase in investment for the Stronger Towns Fund and a £325million increase in funding for the Future High Streets fund. He said that towns will:

“Get help with that vital social and cultural infrastructure, from libraries and art centres to parks and youth services: the institutions that bring communities together and give places new energy and new life.”

The commitment to devolution to local government is welcome, but there are no specific proposals. Details are also awaited on the UK Shared Prosperity Fund and it is not clear whether it will be adequate to replace the European regional programmes that will be lost if Britain leaves the European Union.

On housing, Boris Johnson said that:

“We will review everything… including planning regulations, stamp duty, housing zones, as well as the efficacy of existing government initiatives.”

As Mayor of London from 2008 to 2016, Boris Johnson was responsible for housing policy in London. There were several occasions when he called in and approved planning applications with minimal levels of affordable housing after they had been refused by the Boroughs. Readers of this blog may also recall Boris Johnson’s speech to the Conservative conference in October 2018 when he said that:

“As soon as you get a mortgage, as soon as you have a stake in society, you are less likely to go on strike and you are more likely to vote Conservative.”

Since becoming Prime Minister, Boris Johnson has indicated that he intends to shift the emphasis further towards owner-occupation, especially through a new part-rent part-buy product. The Ministry of Housing, Communities & Local Government already allocates most of its housing budget to home ownership products, although under Theresa May there was some increase in resources for social and affordable rented housing. This now seems likely to be reversed with no grant being made available in future for the development of new social housing in England outside of London. This is bad news for local authorities and housing associations and worse news for people who cannot afford market rents and are inadequately housed or homeless.

Nick Cohen; a journalist, author and political commentator; made some interesting observations on how the leaders of Britain’s political parties are selected in the ‘New European’ in their edition of 11th July:

“For years, received wisdom has held that giving more power to political activists was a worthy enterprise. No one bothered to explain why, and now we are learning the reason for their silence. A new Prime Minister is being picked by the 0.25% of the population who are members of the Conservative Party. Never before has the process for choosing a national leader had less democratic legitimacy. 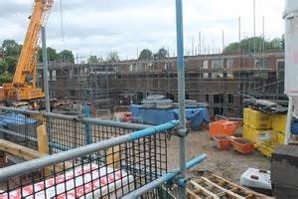 We have just launched a new in-house training session on: ‘Housing Development Finance for Local Authorities’. The course aims to provide participants with a working knowledge of the context in which local authorities are operating, how local authority development can be financed, how development is financed by housing associations and private developers, the costs and benefits of a new build scheme and how to appraise them, what delivery vehicles can be used and what opportunities and risks exist.

The first session was held last week for staff of a London Borough Council and it was well received. Attendees said that the information provided was very relevant, the quality of presentation was excellent and that the course met their training needs fully. The course was described as clear, interesting, useful, thorough and valuable. Individual comments received included:

For more information about this training opportunity, please click here.

Last week also saw the Leeds session of our popular seminar: ‘All You Want to Know about Local Authority Housing Finance’. This provides an introduction and overview of this important subject. Delegates said that the information provided was very relevant, the quality of presentation was excellent and that the training met their needs fully. They described the session as interesting, clear, thought-provoking, valuable and comprehensive. Specific comments included:

Our next session will be held in London on 5th November 2019. For further information or to make a booking, please click here.