Today, we have launched the 2019 series of seminars on ‘All You Want to Know about Service Charges in Social Housing’ that will be held in venues in London and Leeds between February and October 2019.

Service charges are an integral part of landlords’ work in financing value for money services and sustaining customer satisfaction. They have always been relatively complex but with increased financial challenges and legal and financial complexity there is an increased need to understand how service charging works. 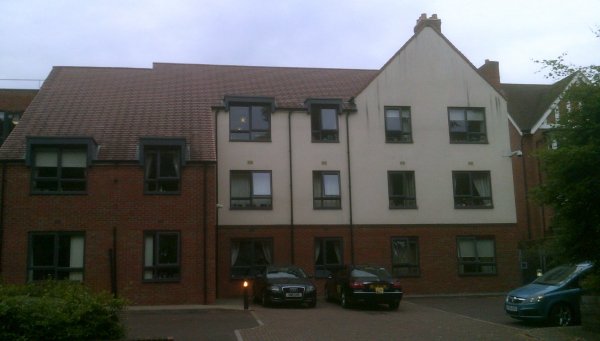 This seminar is designed to give an introduction and overview to this important subject and is fully up to date with all developments. It will address the following issues:

For further information or to make a booking, please click here

Last Friday, the United Nations published a report on poverty in the United Kingdom and it makes for disturbing reading. For twelve days, Philip Alston, special rapporteur on extreme poverty for the United Nations and an expert in human rights law based at New York University, visited locations including Belfast, Bristol, Cardiff, Edinburgh, Essex, Glasgow, London and Newcastle on a fact-finding mission. He met people affected by poverty as well as government officials, discussing the impact of austerity, changes to benefits and local government funding.

His report concludes that ministers are in a ‘state of denial’ about poverty and that despite Britain being one of the world's richest countries levels of child poverty are ‘staggering’. At a news conference in London, he said he witnessed:

Quoting figures from the Joseph Rowntree Foundation, he said that more than 1.5million people were destitute at some point in 2017, meaning they lived on less than £70 a week or went without essentials such as housing, food, clothing or heating; and that a fifth of the population, amounting to 14million people, are living in poverty.

"The era of connectivity and the era of social media makes it much less sustainable to have this dramatic difference between people living the high life, a higher life than has ever been lived before, and at the other end, people who can't afford a tin of beans, can't afford the seventh meal of the week."

Professor Alston found that among experts in the media, think tanks, Parliament and organisations such as the National Audit Office there was ‘close to unanimity’ that Britain was not doing enough to combat poverty. However, he said that this contrasted with the attitude of government that was focused on reducing welfare dependency. He also warned that the poor would ‘bear the brunt’ of the expected impact of Brexit on the United Kingdom economy and said the fall in the value of the pound had already cost low-income families £400 a year. He said that:

"Ministers with whom I met told me that things are going well that they don't see any big problems and they are happy with the way their policies are playing out… In my meetings with the government, it was clear to me that the impact of Brexit on people in poverty is an afterthought… The poor will be substantially less well off than they already are… It is the most vulnerable and disadvantaged members of society who will be least able to cope and will take the biggest hit.”

Last week’s ‘New European’ included an interesting piece by Edwin Hayward that identified fifty ways in which Brexit is already impacting on the United Kingdom. Many of these impacts are affecting health services and the National Health Service including:

On Sunday, President Emmanuel Macron of France made an interesting speech at the Reichstag in Berlin at a ceremony to honour the victims of past wars and dictatorships.

He said that it was Europe that had led the drive for green energy and against climate change and was now most strongly pushing multilateral approaches to trade, security, migration and environmental policy; and called for greater European unity to meet future challenges in an uncertain world. He said that:

"There are too many powers that wish to thwart us, that interfere in our public debates, attack our liberal democracies and are trying to pit us against each other… And in this global order, which we have to take very seriously, our strength - our true strength - lies in unity.

“(Europe) must assume greater responsibility for its security and its defence, and must not accept a subordinate role in world politics… Europe (has) the obligation not to let the world slip into chaos and to guide it on the road to peace… That's why Europe must be stronger... and win more sovereignty."