In this blog I consider the recent mini-budget that was a missed opportunity to address the housing crisis; Business planning in the housing revenue account; the continued under-funding of adult social care; Lifting the lid on local government finance; why Britain is not taking full advantage of European funding; and problems with the proposed Shared Prosperity Fund.

Last week, Rishi Sunak, the Chancellor of the Exchequer, delivered his ‘Mini-Budget’ in the House of Commons. It was heralded as a reflationary budget that would fund substantial public investment to re-start the economy after the coronavirus pandemic. However, it offered little for housing or local government with ‘Inside Housing’ summarising it as:

The ‘handful of giveaways’ includes £2billion to fund ‘Green Homes Grants’ and £50million to pilot schemes to de-carbonise social housing. Rishi Sunak said that the ‘Green Homes Grants’ that will fund two-thirds of insulation costs up to a maximum of £5,000 a home would be available to owner-occupiers and landlords. However, a Treasury spokesman refused to confirm that social landlords would be able to apply. 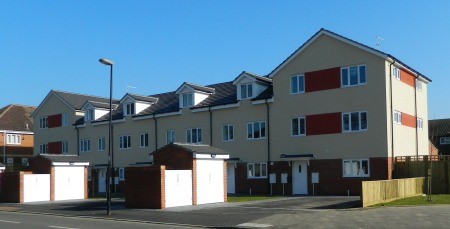 So, we have an established need to build 300,000 new homes each year and a government policy to build only 200,000. We have an acute shortage of affordable housing. We have a pandemic that has cut economic output by 20% and is set to increase unemployment to over four million leading the government to prioritise public investment to support the economy. But this investment does not include any increase in the resources available to fund the building of affordable homes or any increase in the target for home building. Clearly, tackling the housing crisis is well down the government’s list of priorities.

Since writing my blog last week, I have launched a webinar on ‘Business Planning in the Housing Revenue Account’ that will be held on 16th September 2020. This webinar looks in depth at how local authorities can prepare effective housing revenue account business plans in the current uncertain environment.

In last week’s blog I discussed how the government’s failure to fund the costs of coronavirus would force councils to make further savings in adult social care budgets that would be inappropriate given the crisis being faced by the sector.

This week Andrew Dilnot who led the cross-party review on the funding of social care attended the Parliamentary Health & Social Care select committee and told them that:

“We want to be a country where those who are most in need are looked after well, we’ve seen the tragedy of what’s happened in the last few months that has affected people receiving care… We want to be a society where we look after people and right now the funding of social care is inadequate… In all kinds of ways we have a system that doesn’t work, that doesn’t look after the people who need it well, that doesn’t look after those who are providing the care well, and doesn’t provide an industry that’s attractive to move into… We just don’t spend enough money on care. (It is) a stain on us as a nation.” 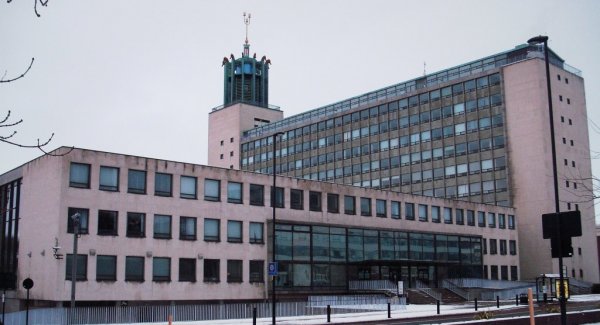 The Civic Centre at Newcastle on Tyne

This week I have launched a webinar on ‘Lifting the Lid on Local Government Finance’ and will be held on 29th September 2020. In the current climate of financial challenges and uncertainty, a working knowledge of local authority finance would put you and your colleagues in a position of advantage. However, what you really want to know is not only how local government finance is supposed to work but also how it REALLY WORKS in practice. This will not be about theory but about behaviour and managing that behaviour to will allow you to get the most out of your budget. It will address the following issues:

Britain therefore risks losing up to £731million of European Union funding for initiatives to help people find jobs, at a time of fast rising unemployment. Projects worth £500million on a combined basis are being held up, awaiting approval from the Department for Work and Pensions.

“The government needs to make sure the remainder of this fund reaches the local communities that need it desperately following the devastating economic impact of Covid-19.  As the country looks towards how we bounce back from Covid-19, this funding is more important than ever.”

So, it appears that at a time when mass unemployment is expected, further jobs in the United Kingdom are under threat because of the bureaucratic processes of the United Kingdom government and its negativity towards the European Union.

The government is proposing to replace European Regional Development and Social Funding from January 2021 with a United Kingdom Shared Prosperity Fund. However, details are sparse. The Institute for Fiscal Studies has published a report that concludes that ministers have failed to outline the funding priorities that are needed for the ‘levelling up’ of underperforming areas as the government has promised. Demonstrating a talent for under-statement, the Institute for Fiscal Studies said that:

“Four years after the Brexit vote, it is high time we had some idea of the government’s intentions”.

And David Phillips, Associate Director at the Institute for Fiscal Studies old the ‘Financial Times’ that:

“With limited time left, one option the government could consider would be to continue with existing European Union funding allocations for one more year.”

We will be holding many other webinars from July to September. For further information or to make a booking, please click here.