On Monday 31st May 2021, the ban on evictions, that was introduced as part of the government’s response to the coronavirus pandemic, came to an end amidst concerns that there may be an increase in homelessness. At the same time, the minimum period of notice that tenants will receive will be reduced from six months to four.

The Joseph Rowntree Foundation has carried out research that shows that:

The temporary ban on bailiff-enforced evictions introduced in March 2020 and extended several times since, has provided security to renters at a time of economic and social disruption. But the survey reveals clear warning signs that point to a spike in evictions and homelessness as the ban lifts.

Unemployment is still increasing, and the furlough scheme and the £20 per week uplift in Universal Credit will end in the autumn. The Joseph Rowntree Foundation is worried that so many renters are concerned about eviction even before these protections are withdrawn.

Almost 1.5 million renting households have reduced their spending in some way to offset lost income during the pandemic. To help address their arrears debt, 33% of renters in arrears turned to borrowing, with a quarter (24%) borrowing from friends or family, one in ten (11%) borrowing from a bank or building society and, worryingly, 7% borrowing from a payday lender.

The Government’s stated aim is to ‘turn Generation Rent into Generation Buy’ but they have targeted support towards people who already own their own homes. In contrast, renters have received very little targeted support despite being more likely to have faced a drop in income. In April, Local Housing Allowance rates were re-frozen at September 2019 levels, resulting in a real-terms income cut for renters in receipt of this benefit, despite the real cost of renting continuing to rise across the country. 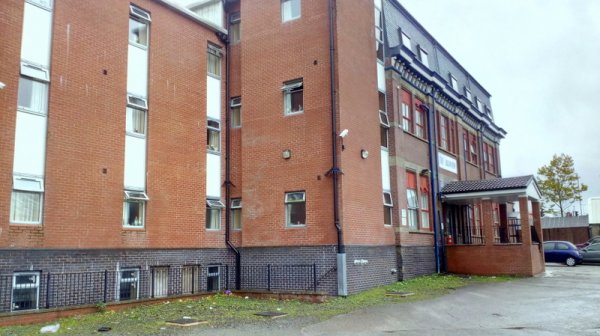 Islington House that provides supported accommodation for the homeless in Blackburn.

StepChange calculate that an eviction typically costs the public purse £7,500 especially through additional homelessness costs. If 10% of renters who are in arrears are evicted this would result in 45,000 evictions and a cost of about £340million. It appears to me that the money would be better spent on preventing evictions rather than managing the consequences of them.

I am also aware, especially from my time as Chair of Impact Housing Association, that people who experience an eviction can find it a trigger for other problems such as deteriorating mental health, loss of employment and breakdowns in relationships. This compounds the suffering of the people involved and increases the costs to the public purse.

And a group of prominent charities and other organisations, including the National Residential Landlords Association, is calling for the urgent introduction of new grants and no-interest loans to sustain tenancies and act as a ‘bridge to recovery’.

Councils are gearing up to meet the problem, not only in major urban areas but also in rural areas. Eden District Council, for example, whose homelessness service is provided through Eden Housing Association, reports that the ending of a private tenancy is the most common cause of homelessness, but that, during the past year there have been fewer cases because of the ban on evictions. They are now expecting an increase. Councillor Judith Derbyshire (Liberal Democrat), the portfolio holder for Housing and Health at the Council, told the ‘Cumberland & Westmorland Herald’ this week that:

“This has been an exceptional year and I am very grateful to all those staff at Eden Housing Association and Eden District Council for all their hard work to support households struggling with homelessness. We suspect more households may be finding themselves financially stretched in the coming months, and some are worried about losing their home.” 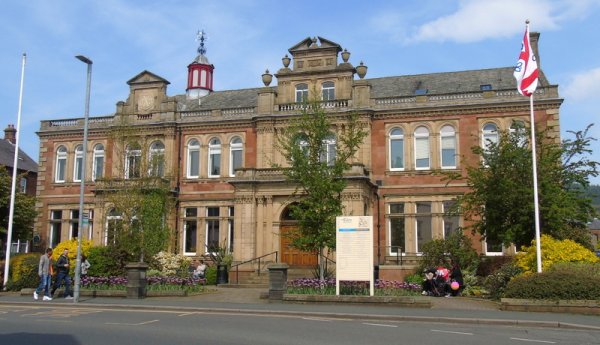 Penrith Town Hall where Eden District Council is based.

And Andy Auld, Chief Executive of Citizens Advice Carlisle and Eden told the ‘News and Star’ that:

“This week, the sticking plaster applied to the English private rented sector during the pandemic was ripped off. Ending the eviction ban puts thousands of renters at risk of losing their home. The Government should put in place a system of grants and Government-backed loans for renters in England who are still financially struggling because of Covid-19.”

In my view, the ending of the ban on evictions is premature and short sighted. It will result in the eviction of many tenants who have fallen into arrears because they have been financial victims of coronavirus rather than because they have mismanaged their tenancies. This will cause, not only avoidable suffering – including to many children – but will also involve local authorities in significant costs as they attempt to manage the inevitable increase in homelessness.

We have a wide programme of webinars on subjects of interest to those who care about public services including local government and housing. For further information, please click here.