In this blog I consider: Boris Johnson’s announcement today of an expansion of post-18 education & training to level up & prepare workers for the post-COVID economy; the implications of the Trade Bill for the NHS as it enters committee stage in the House of Lords; online training with CH Cymru; and webinars.

Boris Johnson has been in Exeter today where he pointed out that the coronavirus pandemic has ‘massively accelerated’ changes in the workplace and had made gaps in training ‘painfully apparent’. This is leading to significant increases in unemployment especially among young people. He went on to announce what he described as ‘radical changes’ to the adult education system in England that would end the ‘bogus distinction’ between academic and practical learning and provide more support for people who don’t attend university. He said that:

“As the Chancellor has said, we cannot, alas, save every job. What we can do is give people the skills to find and create new and better jobs. So my message today is that at every stage of your life, this government will help you get the skills you need… We’re transforming the foundations of the skills system so that everyone has the chance to train and retrain.” 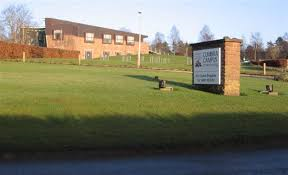 Newton Rigg College in Cumbria offers vocational training but is threatened with closure.

His main proposal is that people without an A-level or equivalent qualification will be offered a fully funded college course offering ‘skills valued by employers’ from April 2021. It is expected that these courses will feature training in digital skills for people who have lost their jobs in the hospitality and retailing sectors.

The courses for people without an A-level will be paid for from the National Skills Fund that the Conservatives pledged to increase by £2.5billion during the last general election. The government also says it wants to make higher education loans more flexible, letting people ‘space out’ their learning throughout their lives rather than in three- or four-year blocks, enabling more part-time study. The changes will be backed by investment in college buildings and facilities, including more than £1.5billion in capital funding.

The government is also committing £8million for digital skills boot camps, expanding successful pilots in Greater Manchester and the West Midlands and introducing programmes in four new locations. From next year, boot camps will be extended to sectors like construction and engineering.

Further details will be set out in an education white paper.

However, on closer examination, these proposals do not seem to offer much new.

The plan to give further education students a fairer share of funding has not been devised to address the impact of coronavirus but goes back to a proposal from Theresa May's time in office that was about tackling deep-rooted weaknesses in vocational education and reversing a lack of financial support.

The free college course offer sounds like a clarification of the National Skills Fund policy announced in March 2020 (and it won't come into effect until April 2021 that will be very late for those who are losing their jobs now), while an increase in funding for apprenticeships was included in the Chancellor’s statement in July. The only policy that looks new is the extension of ‘skills boot camps’, but it is likely that they will be financed by making savings in other areas.

And colleges such as Newton Rigg in Cumbria that offer vocational training are still threatened with closure.

When compared to the scale of the economic challenges caused by coronavirus these proposals appear to me to be quite modest.

The Trade Bill has been approved by the House of Commons and is being considered in the House of Lords. It has already passed its second reading there and entered the committee stage today. At first sight it may seem significant only for companies involved in international trade. But think again. It could have a serious effect on the NHS where you live. It will also diminish British sovereignty.

The objective of the Trade Bill is to enable the United Kingdom government to make ‘free trade’ deals with other countries without the approval of Parliament. One of the most important of these will be with the United States and Donald Trump has made it clear that one of his objectives is to open Britain’s health market to the large hospital and pharmaceutical companies of the US. They would like to change the way medicines are bought by the NHS and maybe even replace the NHS as a provider of health services.

The UK government, because it owns the NHS, controls the market for medicines keeping prices low. The Americans see this as state interference in the market. Their concept of ‘free trade’ is to prevent the UK government from intervening to keep prices low thereby opening the market to allow American firms to sell their products at higher prices. This would lead to significant increases in the prices paid for medicines both by the NHS and by individuals at the chemists. Medicine prices in the US are many times higher than in the UK. For example a tab of diazepam for muscle spasms costs 2p in Britain and £3 in the US, 50g of Nasonex for nasal allergies costs £8 in Britain and £224 in the US and an Ovex tablet to treat threadworm costs £2.50 in Britain and £300 in the US.

Pinderfields Hospital in Wakefield. The Trade Bill could adversely affect the NHS.

The Bill also provides for ‘investor-state dispute settlements’ (ISDS) that allow private companies to take governments to international tribunals if they feel national policies on matters including the prices of medicines, workers’ rights, product standards or environmental protection interfere with their trade. The decisions of these tribunals are binding and remove sovereignty from national governments. The United States favours these tribunals.

The British economy is weak. The UK government has rejected the current free trade deal with the European Union and is desperate to reach an agreement with the United States. The United States holds all the cards in the trade negotiations. British negotiators may find it difficult not to give the United States whatever they want.

To be fair to the British government, they have said that the NHS is ‘not for sale’. However, when a proposal was put to the House of Commons to amend the Bill to enshrine this in law it was rejected, despite eleven Conservative MPs supporting the amendment. An earlier amendment to outlaw ISDS was also voted down. If the NHS really is not for sale, and if the government really cares about sovereignty, why didn’t the government accept these amendments? I think this is an issue that should be watched closely by those with an interest in public services in Britain.

I am currently working with Community Housing Cymru to provide online training for housing associations in Wales. We are part way through a series of webinars on service charges that are being attended by over fifty people.