Last week the UK Parliament rejected the government’s ‘deal’ with the European Union and today Theresa May, the Prime Minister, will make a statement identifying how the government now proposes to approach Brexit.

In the meantime, the Regulator of Social Housing is giving advice to housing associations about what they should do. In an address to the Social Housing Annual Conference, Simon Dow, the Chair of the Regulator, referred to the Bank of England’s recent forecasts about the effects of a ‘disorderly Brexit’ on the economy. These include a fall in Gross Domestic Product of 8%, and increase in unemployment to 7.5%, an increase in inflation to 6.5%, a reduction in house values of 30% and an increase in interest rates to 5.5%. He then advised that:

“Providers must be stress testing for Brexit and ensuring that they have the mitigation strategies in place that they can implement.”

Paul Hackett, Chief Executive of Optivo Housing Association told ‘Inside Housing’ that he had stress tested a scenario where property values fell by 35% resulting in a 25% reduction in the development of new homes. He concluded that:

“We would need to have a conversation with government about using grant in a counter-cyclical way… On rented homes, we would need around 50% of cost on new builds (in grant) … This would be higher if shared ownership was taken out of the picture.”

However, Jeanne Harrison of Moody’s told ‘Inside Housing’ that:

“Government support for associations… could also decline if the public finances are stretched as the government attempts to mitigate the broader impacts of… Brexit.”

I would tend to agree with Jeanne Harrison on this. Would the government be able or willing to double grant rates for social housing?

The credit rating agency Standard & Poor’s has warned that a no-deal Brexit would lead to the downgrading of about half the housing associations in the UK with associations that provide market sale housing being downgraded the most. They told ‘Inside Housing’ that:

“We can reasonably expect certain negative shocks to the UK social housing sector… Sharp declines in house prices and the higher average inflation in… 2020/21… would shrink operating margins which, in turn, would reduce earnings before interest, tax, depreciation and amortisation margins. Moreover, we forecast a reduction in social housing lettings while we consider housing associations will increasingly struggle to increase social housing rents in 2020/21.”

Lower credit ratings would make it more difficult for housing associations to raise loans and would increase the margin above base rates at which they could borrow. Many housing associations are reported to be borrowing extensively in advance of Brexit to mitigate the risk of not being able to borrow afterwards. 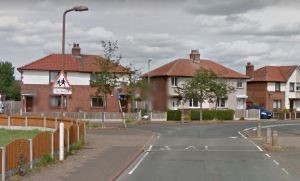 To assess the likely impact on housing associations I have selected one at random – The Riverside Group – and done some rough calculations of the effects of Brexit based on their accounts for 2017/18 and the forecasts identified above. They include:

A cross party review has recently concluded that the UK needs three million more social homes. This conclusion has been widely accepted. If this is to be achieved, housing associations will have to play a major part in building these new homes. Brexit would appear to be a serious threat to this and the Regulator’s advice about stress-testing is appropriate.

For information about assistance that AWICS offers to housing associations, please click here.

The Ministry for Housing, Communities & Local Government is out to consultation on the future funding of local government in England. As currently proposed the new system would see the introduction of a single per capita foundation formula for upper and lower authorities, for which population is the only cost driver, alongside seven service-specific formulae covering areas such as adult social care and children and young people’s services. The proposed changes are generally beneficial to fast growing areas, rural areas and district councils; and least beneficial to unitary authorities serving deprived areas.

For information about how AWICS has supported the Local Government Association in preparing the Fair Funding Review Modelling Tools, please click here.

Local Government is going through a period of significant change. There has been a significant and ongoing reduction in funding for local government since 2010 and this is requiring a fundamental redesign of how authorities are organised, and services are delivered. The coalition government passed the Localism Act that promoted local decision making and abolished most ring-fenced grants. The localisation of business rates that is ongoing and revenue support grant is being phased out. There is uncertainty about local government finance moving forward because of the Fair Funding Review and ‘Brexit’.

I have just launched our seminar ‘All You Want to Know about Local Government Finance’ that will be held in London and Leeds during May 2019.

The session will address the following questions:

This seminar is a useful introduction and overview of this important subject and covers revenue and capital finance, the changes that the government is making and how local authorities can respond to this challenging agenda.

For further information on our seminar or to make a booking, please click here.