In this blog I consider the combined effect of Coronavirus and Brexit on the National Health Service.

The impact of the coronavirus in Britain has been worse than in most other developed countries. Britain’s infection levels and death rates are among the worst in Europe and the downturn in the economy has been one of the most substantial. The government has been accused of being slow to react initially, too quick to end the lockdown, and too confusing in its messaging. Testing and tracing systems have been introduced slowly and are not sufficiently effective. Central government appears unwilling to work in partnership with local government. There are reports of divisions within government, especially between the Treasury and the Department for Health.

Britain is now experiencing a ‘second wave’ with increasing numbers of infections, hospital admissions and deaths. In response governments in England, Northern Ireland, Scotland, and Wales are increasing the restrictions on people in an increasing number of areas resulting in further reductions in economic activity.

And, as if this was not enough, the transitional period following Britain leaving the European Union ends at the end of December with little prospect of the British government and European Union being able to reach agreement on how trade will be conducted from 2021 onwards. 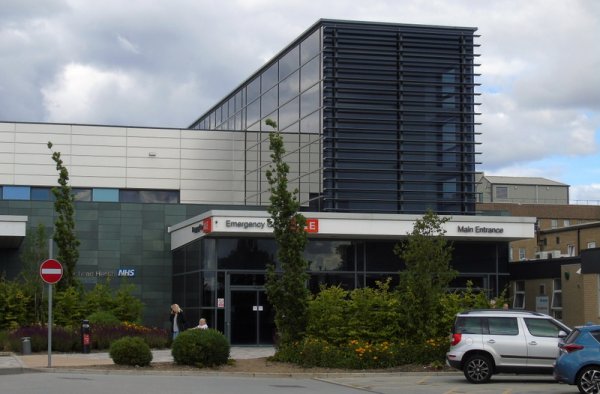 Queen Elizabeth's Hospital at Gateshead is in a high risk tier two area.

Public services are therefore facing a deepening crisis, not least in the National Health Service where questions are being raised about the capacity to handle the second wave especially in the worst affected areas such as Greater Manchester.

The Manchester Evening News reports that on current trends Greater Manchester could have more hospital deaths and more intensive care beds occupied by late November than it had at the peak of the pandemic. It reports that several hospitals could have double or even treble the number of patients needing intensive care by November than they have beds for. Bolton, for example, could have 51 patients needing its eighteen beds.

The ‘Guardian’ reports that the National Health Service in Greater Manchester already has twelve hospitals where all beds are occupied and that it expects to run out of beds for coronavirus patients during the winter. Dr Rob Harwood, Chair of the British Medical Association’s consultants committee is quoted as saying that:

“These projections paint a stark picture, with the possibility… that some intensive care units in the city potentially run out of beds within weeks. They also suggest that the number of patient deaths may even overtake those seen during the peak of the pandemic earlier this year… The last thing we want to see is a repeat of the numbers of cases – and the subsequent pressures on hospitals – that we saw back in April, but worryingly this analysis forecasts just that… doctors are incredibly concerned that unless the rate of transmission is curbed urgently, it is possible that we may soon see a further increase in patients needing intensive care and, tragically, an increase in deaths.”

The National Health Service in Greater Manchester is reported to be considering opening their Nightingale hospital. However, Dr Nick Scriven, the immediate past president of the Society for Acute Medicine told the ‘Guardian’ that:

“The big question for the Nightingales is how will they be staffed. Given the pressures on all Intensive Care Units wards how can they release their staff to other units if the intention is to look after level two or three patients there? There needs to be some very clear guidance and thought put into who the Nightingales will be tasked with looking after.”

The Guardian also reports that hospitals in Liverpool had to send some patients to intensive care units in other hospitals because theirs could not cope. They quote a ‘well-placed National Health Service figure in Liverpool’ saying that:

“There have been a number of Intensive Care Unit patient transfers over this weekend to try to cope with demand. Staff absence levels are running a bit more than double normal sickness rates. There is very little ‘spare’ Intensive Care Unit capacity in the region.”

Meanwhile, growing numbers of hospitals nationwide are considering or intending to postpone planned operations to free up beds and staff to deal with the second wave of Coronavirus.

For some years there has been concern about the number of hospital beds in Britain. Britain has 2.5 hospital beds per 1,000 people. France has 6.1, Germany has 8.1, Japan has 13.0.

Pinderfields Hospital in Wakefield is in a high risk tier two area.

The British Medical Association has warned about the impact that Britain leaving the European Union without a deal would have on the National Health Service; especially as this would coincide with the ongoing demands of the coronavirus pandemic and the significant backlog of care. They believe this could be catastrophic for patients, health workers and health services.

Doctor David Wrigley, Deputy Chair of the British Medical Association, told ‘Nursing Notes’ that a deal is needed to protect the rights of the European Union healthcare workforce in the National Health Service and to ensure that the National Health Service is safeguarded and to guarantee access to medicines. He considers that failure to reach an agreement would threaten supply chains of vital supplies, such as pharmaceuticals, medical devices, and protective equipment.

And the National Health Service also faces disruption to food supplies. The Federation of Wholesale Distributors and the Food and Drink Federation have warned that the supply of food to care homes, schools, hospitals, and prisons is at risk because the loss of business from the hospitality sector means that firms that also serve the public sector could fail.

“Our customers range from Michelin-starred chefs through to high street casual dining, cafes, restaurants, pubs, workplace, travel catering … But we also do schools, universities, care homes, hospices, and prisons. That varies by wholesaler, but it is about 70% hospitality and 30% public sector. When 70% of your customer base is impacted, your income goes down significantly… Whilst we have some variable costs like the number of people picking and delivering, the public sector contracts require delivery to every postcode. There is a limit to how much cost you can take out… Not all of the wholesalers will survive and that means disruption to supply.”

I cannot help feeling that the government needs to get a better grip on the coronavirus pandemic and its implications. I also feel that this is not the time to end the transitional period with the European Union and that an extension should be sought.