This month's edition includes articles on:

Your copy can be freely viewed or downloaded from here.

A County Councillor, who recently read the 'Public Services News' wrote to say:

"Thanks Adrian; an interesting read here as per normal!"

The French economist, Thomas Piketty gave an interesting interview to the French journal ‘Liberation’ earlier in the month. He argued that citizens of Europe were dis-satisfied with the European Union because:

“It is almost entirely organised around the principle of generalised competition between countries, regions and individuals.”

He argued that the members states should agree common taxes on corporations, high earners, wealth and jet fuel as a key step towards establishing fiscal justice. He said that:

“Most governments have now become aware that there’s been excessive deregulation, and an increase in inequality – and that if we’re not careful it could all result in a rejection of globalisation, in an extremely dangerous turn towards identitarianism… We will not finance the ecological transition, reducing inequality or preserving public services without a common tax.” 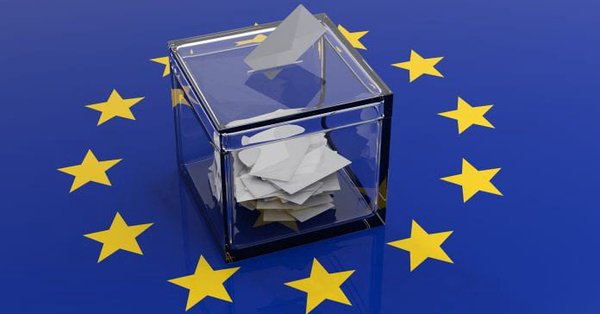 Elections to the European Parliament are being held this week across the continent. However, there are fears that some voters in the United Kingdom may have been disenfranchised. To register to vote, citizens of other European Union states had to complete a two-stage process by 7th May 2019. They had to register online and return a hard copy of a ‘UC1’ form declaring that they would not vote in another member state. However, Jo Platt MP, Shadow Cabinet Office Minister told MPs that:

“Fewer than 300 forms have been returned… 0.015% of registered European Union citizens.”

I have made my own enquiries with Eden District Council where I live and am informed that:

“All European Union citizens currently on the Electoral Register here in Eden have now been sent declaration forms so they can register to vote in the European elections here if they choose.  We also have a dedicated web page on this topic on our website.  Within the constraints of the short time scales available we are endeavouring to publicise this as much as possible to those affected.”

I followed this up by asking how many of the forms that were sent out were returned and what proportion of the total number of citizens of other European countries on the register this represented and was told that:

“When I have a chance, I will see if there is a report I can run which supplies this information.”

So, if Eden District Council is typical, we don’t know how many people may have been disenfranchised.

According to the Local Government Chronicle, there could be legal challenges!

British politicians are discussing what Britain’s approach to workers’ rights and environmental standards should be after Brexit. However, I am afraid that they may be deluding themselves in thinking that after Brexit these will be areas of policy where Britain will have much choice. If Britain leaves the European Union and seeks alignment and free trade deals with counties such as the United States and China, British companies will have to compete on a level playing field with United States and Chinese companies. This will not be possible if Britain maintains high European standards of workers’ rights or environmental protection. Standards would either be reduced, or businesses would go out of business. When politicians make promises we should ask ourselves whether they will ever be able to honour them! 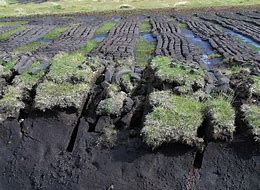 Peat being dug in Ireland

There was an increase in awareness of climate change while I was working at Staffordshire County Council in the early 1990s, and we reviewed all the Council’s practices to ensure that they were as environmentally friendly as possible. The two issues that I recall causing the most discussion was the use of recycled paper by the Council’s in-house print unit and the use of compost by the Council’s grounds maintenance service. It was decided that recycled paper would generally be used and that the grounds maintenance service would cease to use peat or any peat-based compost because of the environmental damage that was caused by peat extraction – especially in Ireland.

The Committee on Climate Change that advises the United Kingdom government on cutting carbon emissions has just published its recommendations for how Britain should reach carbon neutrality by 2050. These include a recommendation that peatland should be restored. However, they do not recommend that Britain should reduce its imports of peat from other countries. This has caused concern in Ireland with Caroline Lewis, the Director of Friends of the Irish Environment, complaining to the ‘Irish Times’ that:

“For decades up to 27 million British gardeners have been gratefully buying our peat for virtually nothing when compared to its true value… The great British gardening tradition is blooming, but at the expense of Ireland’s nature and our finances and at risk to our public health… Even though the bulk of horticultural peat is used in foreign flower beds, it is Ireland’s citizens who will pay the hefty fines for the emissions caused by its extraction.”

If this problem was understood by Staffordshire County Council in the early 1990s, surely it should be understood by the Committee on Climate Change today. If Staffordshire County Council could stop using Irish peat in the early 1990s, surely the Committee on Climate Change should recommend that the trade in Irish peat should be stopped now!

We are holding seminars on ‘All You Want to Know about Housing Association Finance’ in London and Leeds during July.

These seminars provide a solid grounding in the basics of housing association finance and are a useful introduction and overview of this important subject. They cover all aspects of Housing Association Finance including Income, Expenditure, Development, Capital Finance and technical financial issues.