In this blog I consider the UK Government’s White Paper on Social Housing, especially its implications for social housing regulation in England. I also consider the Local Government Chronicle’s gloomy predictions for the future of local government following the issue of a section 114 notice at Croydon; and outline our offer of webinars.

The Ministry for Housing, Communities & Local Government finally published its social housing white paper yesterday. Entitled ‘The Charter for Social Housing Residents’. It sets out what they consider each social housing resident should be able to expect as follows:

“To be safe in your home. We will work with industry and landlords to ensure every home is safe and secure.

“To know how your landlord is performing, including on repairs, complaints, and safety, and how it spends its money, so you can hold it to account.

“To have your complaints dealt with promptly and fairly, with access to a strong ombudsman who will give you swift and fair redress when needed.

“To be treated with respect, backed by a strong consumer regulator and improved consumer standards for tenants.

“To have your voice heard by your landlord, for example through regular meetings, scrutiny panels or being on its board. The government will provide access to help, if you want it, for you to learn new skills to ensure your landlord listens.

“To have a good quality home and neighbourhood to live in, with your landlord keeping your home in good repair.

“To be supported to take your first step to ownership, so it is a ladder to other opportunities, should your circumstances allow.”

Chapter four: 'To be treated with respect backed by a strong regulator' is seen by many as being at the core of the white paper. In its introductory passage, the government states that:

"Unlike the successful economic regulation regime, the current regime of consumer regulationis not strong enough to ensure that social landlords… deliver to the expectations set out in our new charter”.

The government’s vision is for a consumer regulation function that, unlike the present system, is:

Perhaps the government has a bit of amnesia. The Housing & Regeneration Act of 2008 created a ‘Tenant Services Authority’ that was denounced at the time by Grant Shapps as ‘an agency too far’ and who, upon becoming Minister for Housing in 2010, declared it was ‘toast’ and abolished it. Its successor, now the Regulator for Social Housing was told to concentrate on economic regulation and to ignore consumer regulation unless there was ‘serious detriment’. The weakness of consumer regulation that has led to deteriorating standards and to the tragedy of Grenfell was a deliberate act of vandalism by the government.

I was one of many people who responded to the government’s green paper of 2018. In my submission I argued for changes to the way in which housing associations and the regulator operate. To view or download a copy of my submission, please click here.

The AGM of Impact Housing Association in 2017. In my view, the subsequent takeover of Impact by Riverside UK exposed weaknesses in the regulatory system that I pointed out in my submission to the regulator.

The government states that consultation work following their 2018 green paper indicated ‘strong support for this shift from residents and landlords alike' but they do not explain why it has taken them over two years to prepare the white paper in response.

Ministers envisage a three-stage inspections system, with desktop reviews of metrics like tenant satisfaction being complemented by four-yearly inspections of all social landlords owning more than 1,000 homes, with specific reactive investigations at organisations of concern.

This approach will be backed up by stronger enforcement powers for the Regulator for Social Housing, including the ability to impose performance improvement plans on landlords, and to inform them of inspections just two days before they happen.

There will be an emphasis on safety – with social landlords required by law to name a person with responsibility for compliance.

Implementing this will need significant resourcing, and the white paper promises to make sure that the Regulator for Social Housing can employ:

“Senior leadership and staff with the right expertise in consumer regulation”.

Does this suggest that the Regulator does not employ such people at present?

Legislation will be needed to introduce the new regulatory system. The White Paper does not state when this legislation will be presented to Parliament, saying simply that legislation will be passed ‘as soon as parliamentary time allows’. However, it states that the new system must be ‘carefully designed’ and ‘involve extensive engagement with the sector’. I suspect that we will continue to observe slow progress and that it will be some time before a new regulatory system is introduced. Meanwhile, by the government’s own admission, tenants continue to live with landlords who do not deliver to expectations.

The Social Housing White Paper can be viewed or downloaded by clicking here.

Meanwhile, Croydon Borough Council has issued a section 114 notice, effectively declaring themselves bankrupt. They will not be the last council to do this. Across England, local authorities that were already starved of funds because of austerity and were already facing increased needs (especially for adults social care and children’s services) have had to meet the costs of the coronavirus pandemic without enough additional funding. 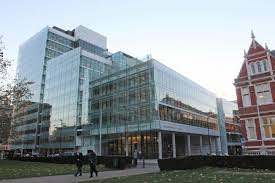 The offices of Croydon Borough Council.

The Local Government Chronicle sees a bleak future for local government in England, writing in their briefing that:

“With Covid shortfalls following a decade of austerity, councils’ financial position means their ambition is set to diminish, amounting to little more than overseeing whatever vestiges of social care and children’s services remain. There are no resources left for the discretionary expenditure that can positively shape the future of places. Without a rethink local services will spiral into terminal decline.

“A plan must be devised that protects local services and offers some flexibility for local leaders to chart a post-pandemic future for their places. If this seems to the Treasury to be too expensive, it must remember that the alternative, reductions in both preventative expenditure and the ability of local leaders to help their places respond to the future, runs counter to both long-term public expenditure restraint and levelling up.”

We will be holding webinars from November 2020 to February 2021 including: